Hopefully Everything You Need To Know 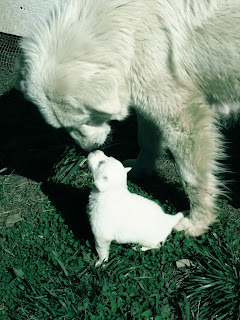 What to give and not to give to your Dog:
Do not give them pork or cow bones. However you can give them raw chicken bones.  Cooked bones  from a chicken will splinter and become brittle since the chicken is a  bird and therefore has hollow bones. Raw bones aren’t a problem though.  My dogs love chicken feet. You can also supplement their diet with eggs, rice, green beans,  deer meet (or legs) and raw chicken bones or parts.
Sleeping:
Sleeping is a favored activity for any dog. The Great Pyrenees’s night  guarding behavior may make it seem like they are always sleeping during  the the day. In reality, their sleep behavior is average for a dog of  their size. Puppies, like all babies, sleep a lot. Great Pyrenees have  dreams and so it is common for them to twitch during the dream periods.  Some  Great Pyrenees snore. Sleeping adult Great Pyrenees take up a lot  of real estate, so we recommend that you do not let your puppy sleep in  your bed.
Leash Training:
Having the dog to walk gently on a lead is a real pleasure.  Young   Great Pyrenees seem to pick up very quickly on this skill when trained  properly.  Their strength and thick coat make a choke collar  ineffective. Invest in a pinch collar and only use it during training  sessions.  Remove the normal collar before putting the pinch collar in  place. Links may have to be added or removed to make the collar work  properly.  Make the dog sit when you stop and walk when you walk.
Health and Shots:
A dog needs various medications for a long and healthy life. Worming is  necessary unless you keep the dog in the house and tightly control what  the dog eats. As soon as our puppies are able to eat normal puppy food I  start them on a weekly de-worming program and use Pyrantel  Pamoate de-worming. When around other animals, it’s best to worm.
Rabies vaccination is needed every 2-3 years. Since we do not do puppy shots, but leave that up to the owner, the only shot we are required by law to do is the rabies, and since that is done the first time at about  six months, we do nothing but deform our puppies and feed them a good  healthy diet. This is so as to give them a good healthy boost by letting  them eat right.
Great Pyrenees Health:
Great Pyrenees generally stay in good health. Some more common problems  may include mats in the fur (especially around the neck and ears), the  dew claws growing too long, ear infections (due to dirt and moisture in  the ear), eye infections (pink eye), allergies and “hot spots”. Hot  spots are caused when an area of the skin becomes inflamed. The fur will  fall out, the skin will turn bright red and the dog wants to bite at  it. Some ointment from the Vet and keeping the spot dry cures this  problem.
Genetic problems:
Which include, under-bite, entropia (small eyeballs), seizures and hip  dysplaysia. Pronounced under-bite shows up as wet spots under the chin  and neck. Entropia is when the eyeballs are small for the socket size  and the eye lashes stick inward causing irritation. This can be cured  with simple surgery, but the dog should not be used for breeding. The  cause of seizures is unknown, but from what we have heard, changing  owners, being confined to a small area, or other highly stressful  situations will tend to bring them on. Hip dysplasia is not quite as  common as in other breeds because Great Pyrenees have not been over  bred. The most common form of death that we hear about is being hit by a  car or being stolen.
More Genetic Problems:
Arthritis may show up in older Great Pyrenees, especially those that spend the winter outside sleeping on the ground.
Life and Death:
Normal life span for a Great Pyrenees is about twelve years. Some live  shorter, some live over sixteen years. You will have a relationship with  your dog for a season and when the season is over, the dog will be gone  and you will miss the dog that you loved. These feelings are normal.   There is a strong cultural influence in our society to  dogs to give  your dog human-like qualities and rights (Anthropomorphism). These  feelings are not quite normal and are easily played upon by a care  provider willing to bump up their charges. Your dog is still a dog no  matter how much it feels like part of the family. You may want to decide  in advance to what (time and dollar) level you will be willing to spend  to care for the dog as it ages. For example, maybe your dog is  diagnosed with a illness at age ten and will need $200 worth of  “treatments” a month. You will have to make a decision to either spend  the money or say the season is over. Without forethought, this decision  will be much more difficult at the care provider’s office. A family  meeting to discuss, “What would we do if…?” may be appropriate as the  dog ages. 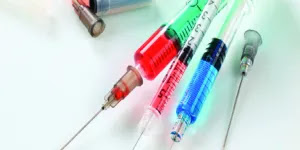 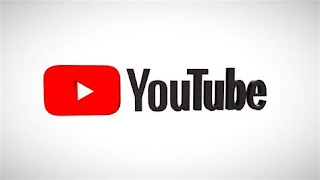